Last week I travelled to Malawi for the first time. We were working for an American institution considering the funding possibilities for a new hotel to be developed in the second city, Blantyre. Having considered all the options, I decided that Ethiopian Airlines offered the most time efficient service to Blantyre, although I was a little nervous because of its lack of international profile and its track record of hijackings. In the end Ethiopian were excellent - on time, no lost or delayed luggage, good food, clean transfers and good in-flight entertainment.

I spent two days in Blantyre, not much to see from a leisure tourism perspective in the city, but bustling as a business centre. There are very few hotel options available and we stayed in the very comfortable Protea Ryalls Hotel. On the third day I was lucky enough to be taken on a drive up to Lake Malawi, via the former capital city of Zomba. Zomba is an amazing city set in its own park lands, with historic architectural gems surrounded by majestic mature trees. Many 100s of metres above the city lies Zomba plateau, down which we saw a multitude of men ferrying tons of fire wood on their bicycles, piled so high that they could not cycle and had to hold their two wheels back from careering down the mountainside.

During a second stop en route to the lake we took a slow boat on the River Shire and saw the mother-load of hippopotami. At the lake, we visited a couple of hotels, one of them stunning and beautifully maintained by its Italian owner. Lake Malawi itself was immense - so big that we felt the dangers therein should be sharks, not the hippos and crocs that actually live in parts of the lake (rest assured most of the lake is safe to swim in and sail on, and it is beautifully clear and ideal for diving).

A big thank you goes to our host, who was amazingly hospitable (especially the beautiful meal cooked at his home) and who facilitated our visit and work in Malawi to such an incredible extent. Lasting memories? Very friendly people and what an incredibly clean country. 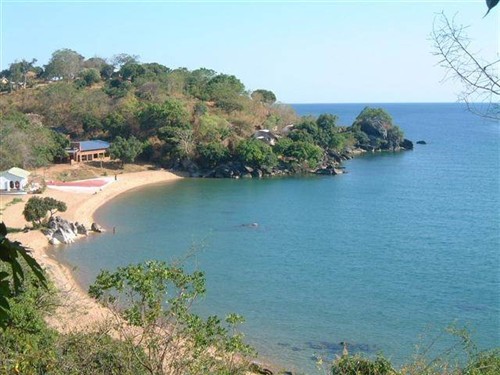