London was not the only city in Europe this week to enjoy persistent damp, never ending drizzle and miserably grey skies. I was in Amsterdam yesterday and the weather was equally inclement, if not even wetter. However, Amsterdam, like London, can stand up to the rain and still pulls in the visitors regardless of the weather. Can you imagine how much more popular London would be if it were on the Med? It was claimed this week that residential prices in London will reach £100,000 per sqm by 2015, with sunshine could this be double? What it does mean is that my desk could be worth £200,000 next year!

Residential prices in Amsterdam are not as high, but their hotels do perform to high levels of occupancy, just like London (two of the few cities in the world to consistently record 80%+ annual average occupancy). Despite the heavy rain on a Tuesday afternoon in May, Amsterdam was still massively pretty - a "walker & gawper's" paradise. The streets were packed with pedestrians, bikes and cars.

The project sites I visited were in and around Dam Square and the delectable delights of the Red Light District. It has been 10 years since I last visited and I have to say the number of red windows has fallen materially in that time. The city is on a drive to reduce the amount of red and to gentrify the streets in the old heart of the city. It is a city on the move and constantly seeking to better itself, with projects like Project 1012 (gentrifying the old centre and limiting any new hotel development) and Project Rode Loper (literally The Red Carpet Project, which involves improving the area around Central Station and up Damrak to Dam Square).

That said, the air is still thick with a certain aroma in many parts around Dam Square and The Condomerie shop was doing a roaring trade. I would also note the ladies in the old quarter can still flip between incandescent madness when you are trying to photograph a nearby building (honest!) and highly suggestive tones when you walk past camera tucked away. Let's hope this amazing city does not change too much, or the very draws that pull in the tourists may lose their allure. 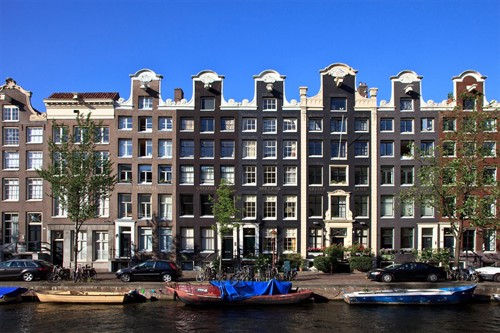