In all, I spent six days in Kurdistan, of which two in Erbil. Erbil is the political capital of Kurdistan and currently its economic centre (as the international oil and gas companies are head quartered here and it is home to all the aid agencies and NGOs currently supporting the regeneration of this long suppressed and under-invested region).

The drive from Suli to Erbil took us through some rugged countryside, highlighted by breakfast in a service station close to a river - delicious Kurdish bread and honey. Kurdish bread is large, flat and round, a bit like a large naan, but thinner and more crispy in the centre. The bread is constantly being madea la minutein very hot "flamethrower" ovens (every street corner seems to have one), with a dedicated waiter constantly circulating around the restaurant with piles of fresh flats to refill the emptying baskets on each table.

The sense of arrival into Erbil is much less dramatic that the one into Suli. Erbil is built on a large flat plain, with no topography in sight. The outskirts are an endless procession of new cities and urban development. Again, we met with a range of people, including the director of Erbil International Airport, a shiny new facility that is the principle gateway to Kurdistan (over 2m passengers in 2013).

Where Suli has enormous tourism potential, Erbil has one major attraction - the ancient citadel of Erbil. It is the oldest continuously inhabited settlement in the world, over 6,000 years of human habitation. Currently, the citadel is home to only one family and is largely closed to visitors. It is slowly being restored and rebuilt, with guidance from UNESCO. The hope is that it will become a full UNESCO World Heritage Site, however, based on our quick visit, there is still a lot of work to be done and many details will need to be addressed in order to recreate an authentic experience (eg many floors in the buildings we visited are laid with modern ceramic tiles and not the original brick designs). 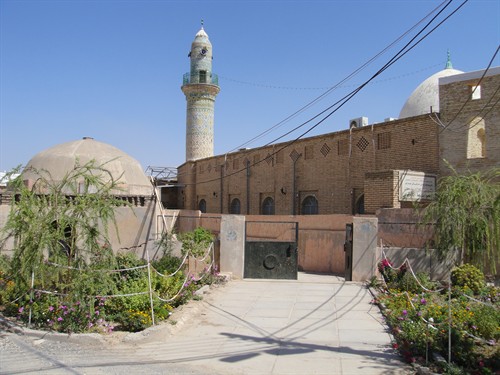 Erbil is also home to the only five-star hotel I know of which consciously developed guest bedrooms with no windows - a first for me anyway. There are currently three five-star hotels (Rotana, Divan and Dedeman), but the pipeline is impressive (including JW Marriott, Hilton, Kempinski, Sheraton, Aloft, Four Points, DoubleTree and Rotana Suites).

There were no signs of any tension or trouble in Erbil, and absolutely no evidence of IS. In fact, the most dangerous moment during my entire time in Kurdistan was when my friend Non-Jihadi John  attracted the attention of a  hornet in the drop-off area of Erbil International Airport and was stung on the ankle. Very nasty and it swelled up badly over the following few days.

For the return journey to Suli, we diverted to Dukhan Lake (in fact a reservoir behind a damn), which is home to a Saddam resort hotel (dated, but charming) that once hosted a casino. The tourism potential of the lake is about to get a boost as a local businessman has just launched a USD1bn+ master plan for the eastern shore.

Rather than take the main road from Dukhan to Suli, we took the mountain back road, through some stunning mountain scenery. We saw mountain-climbing cows that gave the goats a serious run for their money. We drove through a delightful mountain village of dry stone walls and mud finishes, from which every modern urban planner and architect could learn quite a number of the basic principles of urban design (flexible design; integrated public spaces; easily accessible retail and places of worship; working with the topography and not trying to master it; set-backs and interlocking homes; situated on the lee side of the valley wall, facing the weaker morning sun, and not on the tops of ridges exposed to the elements).

Speaking of architects, one of the more notable features of Kurdistan is just how tidy and clean it is compared to the vast majority of countries in the Middle East. As my architect friends would say, they have good "solid waste management" practices (which does not refer to the coordination of poo, but to the treatment of rubbish/garbage).